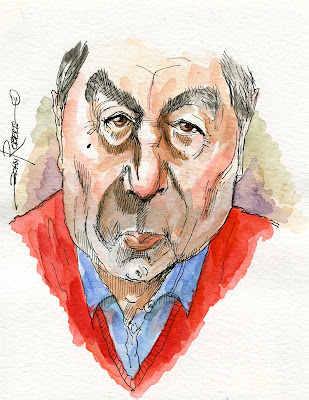 I've just returned from a week's holiday where I'd spent time drawing people I wanted to draw for a change! This is a caricature of a certain General Mario Mendez who was the Military Govenor during the Argentine occupation of the Falklands. It was taken from a photograph in a magazine where he was talking about the situation he found himself in back then and there seemed to be a lot of sorrow in his face. 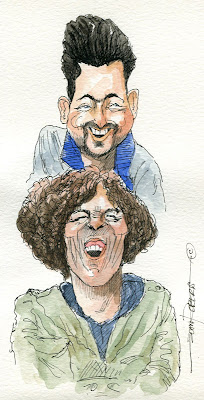 This is a drawing of two members of Snow Patrol - vocalist Gary Lightbody and bassist Paul Wilson. This again was taken from an article where they were discussing why Lightbody didn't have a girlfriend. Can't understand it myself...
Posted by John Roberts at Tuesday, March 27, 2012 No comments: 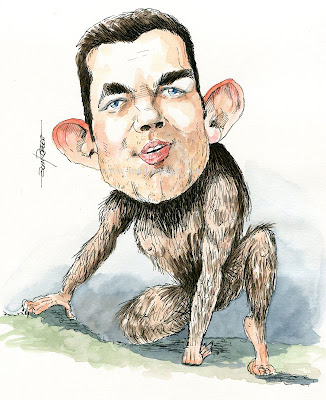 A caricature of the actor Russell Turvey when he played the part of the werewolf in the television series Being There. Of course, if it was a caricature of him being a werewolf, something odd would have happened to his snout and eyes but then it wouldn't have looked like him would it? This is a typical dilemma of being a caricaturist.....
Posted by John Roberts at Wednesday, March 07, 2012 No comments: