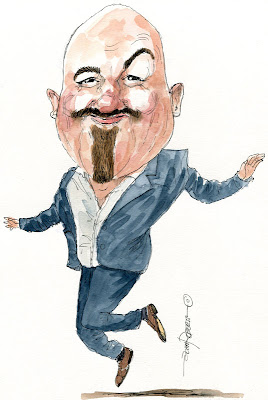 This is a quick caricature of the comedian Andy Parsons. What I'm trying to do with these caricatures is to keep the freshness of the drawing by not doing any pre-drawing i.e. using pencil etc. So I only get one go at it otherwise I try again. I think this one worked...
Posted by John Roberts at Monday, April 16, 2012 No comments: 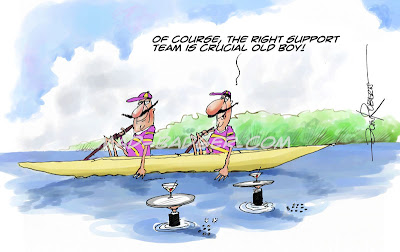 I sold this cartoon at an exhibition held at the Henley Royal Regatta shop and they've now turned it into a greetings card. It is now on sale at the Henley Royal Regatta shop at a very competitive price of £2.50. Worth every penny I'd say especially as the proceeds go to the Steward's Charitable Trust which go around the country encouraging young people to row i.e. row as in 'row a boat' as opposed to getting angry with someone and having a row! (many thanks to Royston Robertson for pointing out to me where the proceeds of the card sales go to!). They also asked me to produce a cartoon for the Regatta official programme as well, so there!
Posted by John Roberts at Thursday, April 12, 2012 No comments: 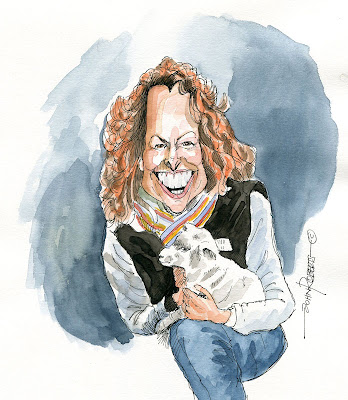 This is a caricature I drew of Kate Humble over the Easter break. Not sure that I warm particularly to this lady as I've not been impressed with the various programmes I've seen her on. I'm sure she'd be devastated to hear me talk about her like this.....
Posted by John Roberts at Tuesday, April 10, 2012 No comments: 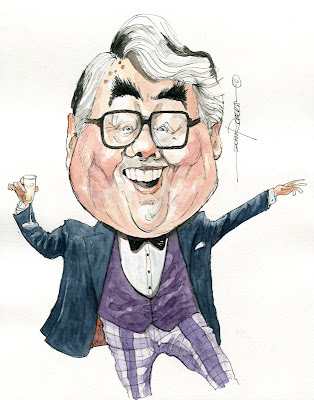 This is a recent caricature of the comedian Ronnie Corbett. I was going to use some reference images of him with a sadder looking face but the big smile won through in the end!
Posted by John Roberts at Tuesday, April 03, 2012 No comments: